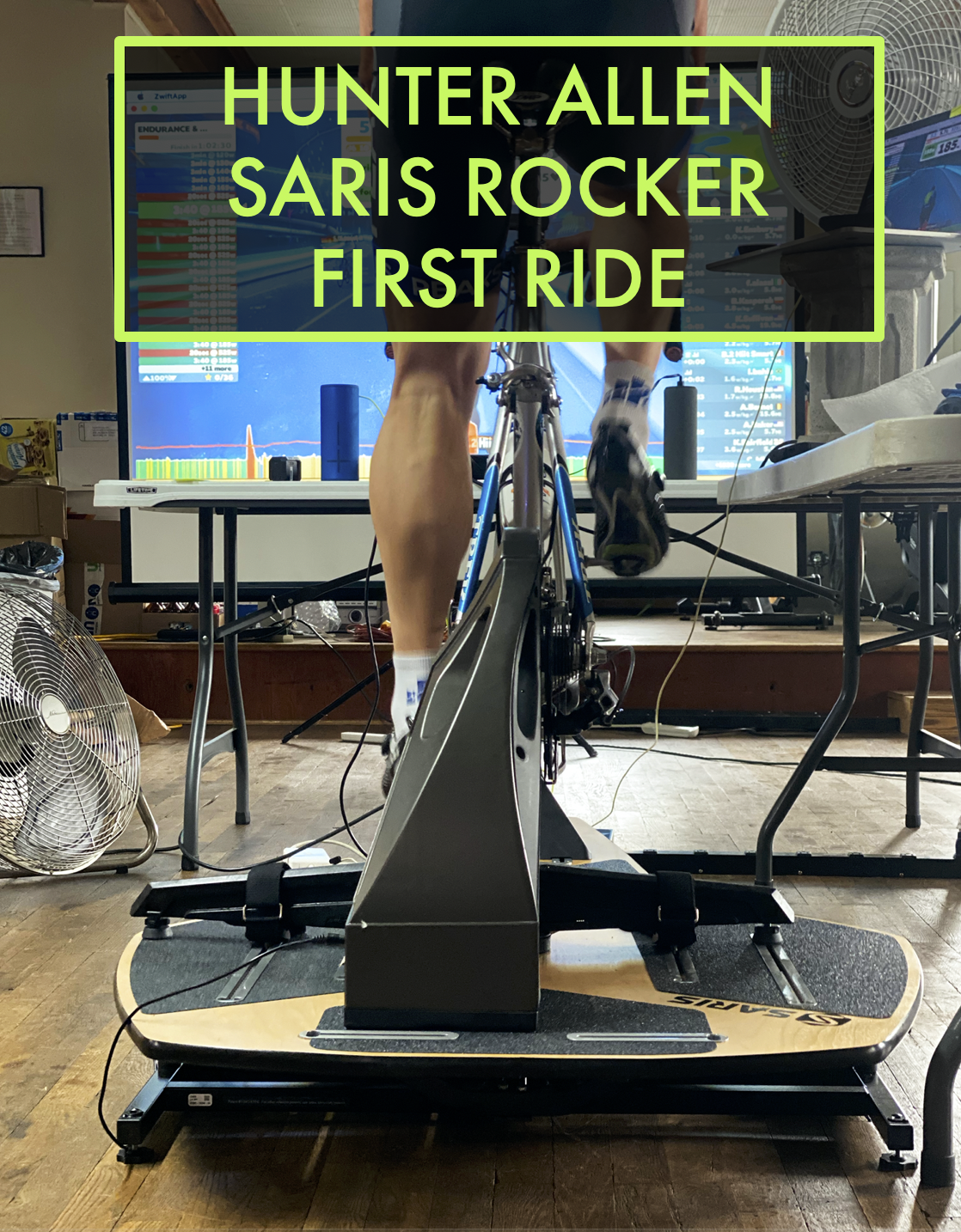 I rode my new Saris MP1 today and it was….

I am truly impressed.  The bike has movement very similar to riding outside, which is pretty darn cool, if I do say myself.  The motion board moves forward and backward and then you can wobble your bike side to side as well.    Want to stand out of the saddle and climb up a hill moving your bike back and forth?  Done.  Want to sprint out of the saddle and “flick” your bike back and forth?  Done.   Want to just move around on the bike and stretch with your bike feeling like it does when you are outside?  Done.  Want to feel like you are riding outside, but ride indoors on your smart trainer?  Done.

The MP1 was easy to set up, but the thing is heavy so make sure you have a friend to move that box around and get it out of the box, a solid 90lbs!   Once out of the box, all you have to do is lubricate the sliding surfaces on the underside with the supplied silicone rag and then attach the front wheel holder and the rear straps.  Stick your smart trainer on there, strap it down, mount your bike, secure the front wheel and you are ready to ride.  It’s simple and easy to do.   You do kinda have to figure out how to mount the bike though!   The MP1 is wobbly!   I suggest stepping on the platform closest to the center of it and then it is more stable and you can easily throw a leg over your saddle.  Don’t worry, once you have done it once, it’s easy after that.

Once on, you immediately notice how “lively” it feels.  It’s a very natural riding sensation and you immediately feel as comfortable as if you just rode out of the driveway on your favorite steed. It is a little hard to describe, since the feeling of moving through space is also hard to describe!  Of course, it’s not exactly the same as riding outside, but its damn close.  Moving the bike and platform forward and backward is as simple as shifting your weight forward or backward and side to side.  The shifting of your body weight and the response of the bike to move in that direction is clearly one of the things that creates this “moving” feeling.

The only thing missing is the gyroscopic feeling from your wheels.  Which actually is very interesting when you think about it, because we don’t separate these “movement” feelings when we ride.  We just ride our bicycles and it feels, well, like riding a bicycle.  However, when you ride on the MP1, you have the feeling of the body weight and how shifting your body weight affects the attitude of the bicycle, but you do not have the feeling of the gyroscopic effect of the wheels.  SO, now you can actually understand what that gyroscopic effect means to your overall feeling of riding a bicycle.  Epiphany!  Wow.     And of course, if you want an indoor trainer that contains both the movement of the bike and the gyroscopic effect of the wheels, then you’ll want some rollers.

After my second ride on the MP1, I was even more comfortable with the feeling of moving around on the platform and again, it really enhances the overall indoor riding experience.  When I rode up a “hill” in Zwift, I was easily able to get out of the saddle and move the bike around just like I would had I been outside.   The second ride I was definitely feeling stronger and rode harder on many of the intervals I was doing and as a consequence I realized that the MP1 wasn’t perfectly flat, as one side came up slightly when moving the bike to the right.   An easy fix that I made right after my workout.  No other issues I have encountered nor am I anticipating on encountering.

It’s a simple and easy to use platform.

And I love it!    I don’t want to ride on a “fixed” trainer again, quite frankly!