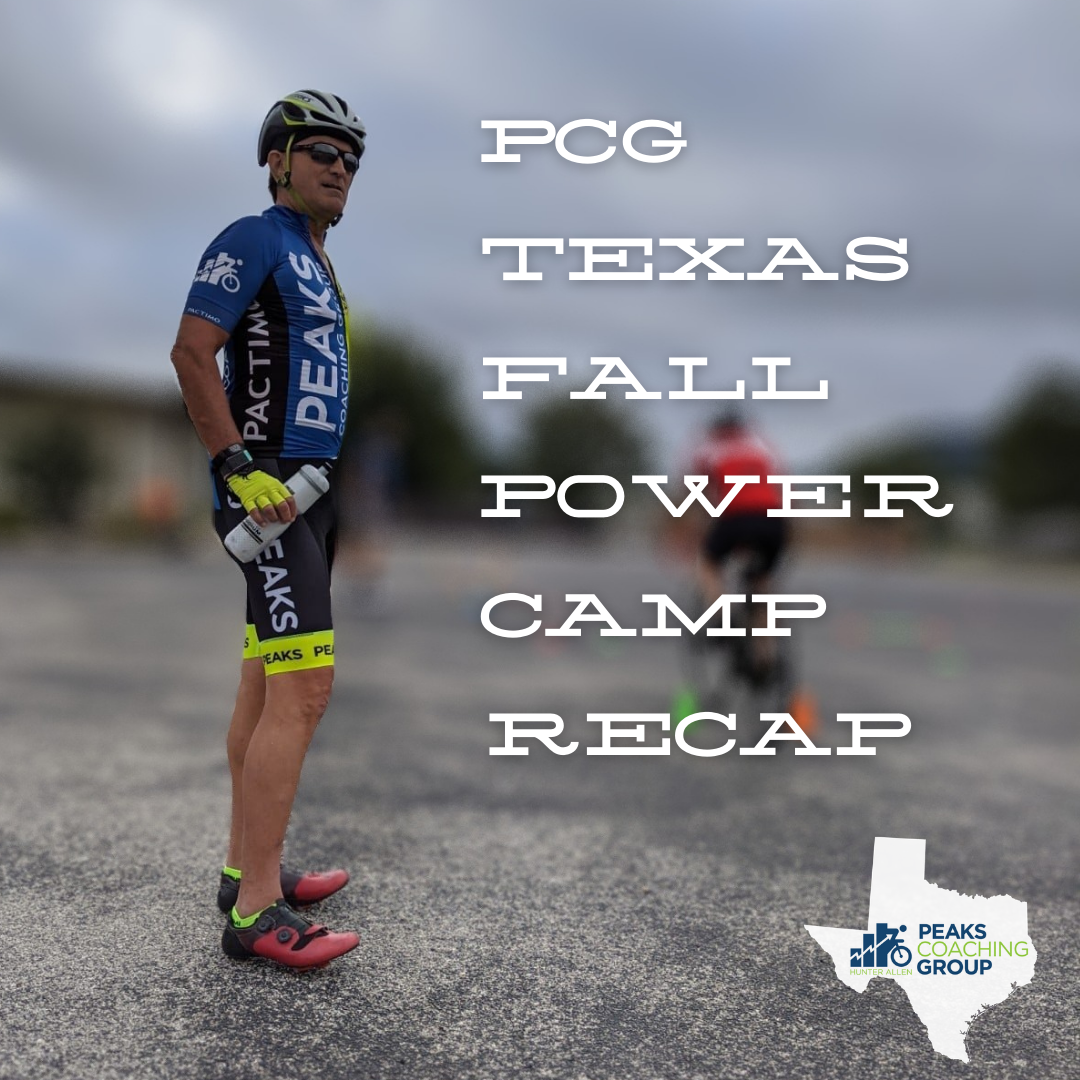 In late 2021, PCG Texas hosted the first ever PCG Texas Fall Power Camp in Leakey Texas.  (Leakey is pronounced LAKE – E).  Leakey is a tiny town in the Texas hill country west of San Antonio.  It’s a hidden gem for cycling.  (Please don’t tell anyone else.)

PCG Texas is a group of cyclists coached by Elite Coach Rickey Wray Wilson and Associate Coach Keith Nelson in the Fort Worth, Texas area.  This group does their own weekly group rides, they also like to join local charity or organized rides like the MS-150 with Health’s Angels MS Cycling Team and The Hotter Than Hell 100.

PCG Texas Fall Power Camp was headquartered this past year at the Frio Pecan Farm. This is a working pecan farm with over 1000 pecan trees (11 different varieties), it has the crystal-clear Frio River running through it, and deer roam freely on the farm.  It is so amazingly dark and quite at night! The farm also boasts amazing cabin style accommodations, some with their own pool! Check out Frio Pecan Farm!

Rickey and Keith led the camp, they were supported by Eddie Holsopple from Eddie’s Bike Fit, while HC Gordon served as the official camp SAG driver.  HC has years of experience supporting the Fort Worth Bicycle Association with annual rides in Leakey, and he has an incredible knack for being in the right spot when you need him.

On Sunday, the camp early birds did a fun ~25-mile ride from Leakey up the 2-mile 7+% grade toward Camp Wood. Then, the camp officially started with a warm-up ride to rid our bodies of the hours of driving to the Texas Hill country.

Each day presentations were on such topics as:

Around 250 miles of cycling were on the agenda for the week, with over 13,000 feet of climbing and campers each accumulated over 1,000 Training Stress Score (TSS) points!  Each day was capped with yoga, bike maintenance, and social hour followed by dinner by a local chef, Robin Waltrip. Of course, no Texas event would be complete without Texas Barbecue which was catered by Canyon BBQ on Wednesday night and Texas pecan pie (after all we are at Frio Pecan Farm). It was absolutely incredible having catered breakfast, lunch, and dinner ready in our open-air pavilion every day.

Phil Henslee led the campers through yoga after each day while Will Jiron was Mr. Versatility as bike mechanic, on the road assistant and general fun leader.  Casey Gordon provided on the road assistance and added spice to the riding of the speedsters.

After a short skills drill session, the campers went out for their FTP test.  This is an out and back course.  Following some fast-pedaling intervals and the 5-minute burn-off, the groups started their FTP.  Some of the faster campers flew right past HC at the turn around point.  The return trip was a whole lot better than the FTP test!

Day 2 was a blast, leaving Leakey and heading to Utopia and a much-needed rest stop at Postal Brews.  We had to be careful not to linger too long because of the pending climbs at the end of the course.  Those climbs are so much fun because the descent carries you back to Leakey where a cold one awaits.

Day 3 is a reverse of Day 2 which means there’s a screaming descent into Utopia and the rest stop at Postal Brews. Crazy Casey hit 60 mph on the descent (not recommended by the PCG Texas coaches!). We could linger a little longer at Postal Brews because the more-gentle course awaited us, and the Day 4 Queen stage loomed large.

Queen stage featured two options either a 96-mile route with a departure from Leakey to Camp Wood or a shortened version 70-mile route departing from Camp Wood.  Both routes provide scenic beauty and exhilarating rollers along the Nueces River and ended along Monday’s FTP course. The end of Day 4 featured “awards” night where the prime rib feast was followed by Texas pecan pie and ice cream. (We burned a lot of calories!) For Awards Night, the coaches recognized the campers for their spirit and determination.

Sadly, the Friday departing cool-down ride was cancelled due to weather.

PCG Texas inaugural camp was so good that campers were requesting the 2022 date and plans are under development for camp in late September. Special thanks to UCAN for fueling the camp, Eddie Holsapple of Eddie’s Bike Fit, Will Jiron, Phil Henslee, Casey Gordon and of course our professional SAG driver extraordinaire HC Gordon who has an amazing instinct to be just around the curve when you need him!