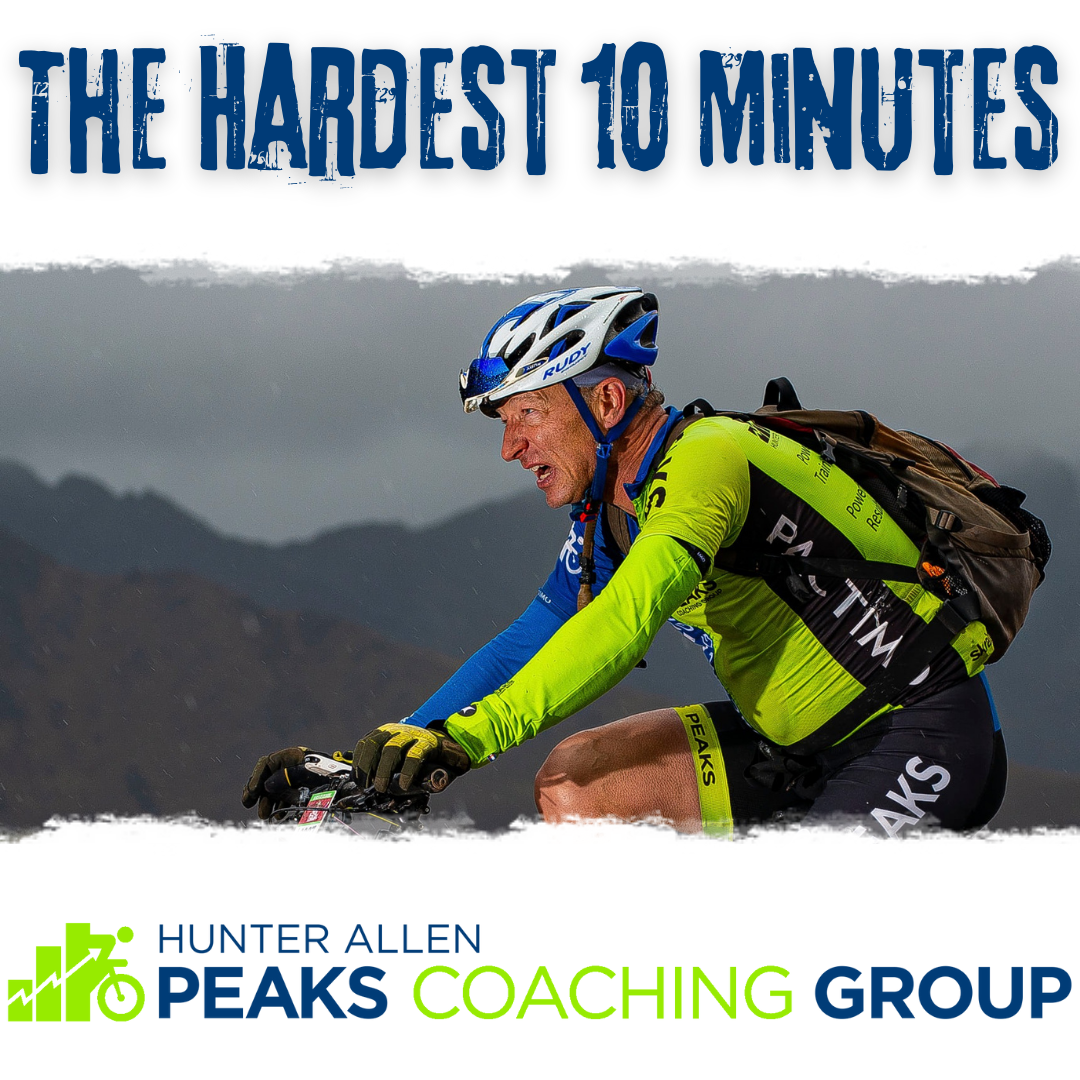 Every race has a hard section.  The section that separates the men from the boys.  The place where the winners make their move, and the final selection is determined.  It’s that harrowing place of pain and suffering that decides who really wants to win. Some races have multiple decision making sections that force you to dig deep, push to your utter limit with every fiber in your body.  This is also the same place that you wish that you had chosen bowling as your sport.   It’s a common theme in every bike race, whether it’s a short criterium or a long road race.  There is always a “decision maker”.  Sometimes it is terrain dependent, sometimes its weather related, other times its created by a team or even a single strong racer.   Let’s increase your advantage in making the split during the “decision maker”.

Critical to your success in these early spring races are:  1) Anticipating where in the course the ‘decision maker’ could occur based on terrain, weather, and racing tactics.  2) Recognizing the ‘decision maker’ in the race.  “This is IT!”  3)  Making sure you have the right fitness and enough fitness to make the selection.  4) Mentally dealing with this intense level of suffering through the critical 10 minutes.

Our first race analysis is from one of the best road races in the East Coast, The Tour of the Battenkill (TOB).  This race has a number of very difficult terrain features which is why it has become so popular and one of the best races in the USA.  With many gravel sections, steep hills, and wind-blown exposed roads, there is always the possibility for multiple decision making areas.  When racing on a difficult course, a racer must be attentive at all times, as it can be difficult to predict exactly where the decision makers will occur.   In the past year’s category 3 race, there were two distinctive areas that became the decision making points.  While an experienced racer or coach could (and should) pre-ride the course to discover these areas, it’s not always possible, so relying on previous race outcomes can be helpful.   In the TOB race, there is always a narrow covered bridge crossing followed by a series of hard hills with gravel sections intermixed that wreak havoc on the peloton.   So, for certain, this will be a critical section just based on the past history of the race and the course.   In figure 1, using the new TrainingPeaks WKO+ version 4.0 software to analyze the data, that first section was nearly 9 minutes long and a watts per kilogram ratio needed to make the front group, was 4.7.   Knowing the power values needed to make the selection is a huge advantage and in this case demonstrates the stiffness of the competition.   As with many road races, there can be an early selection to determine who has enough fitness (high enough FTP) to make the leading group, and then a later selection to whittle down the competition that determines who has enough endurance and fitness after a certain amount of fatigue in the legs has accumulated.   In this case, for a category 3 race, that second decision maker came after two hours of racing, during a slightly uphill, gravel, crosswind section lasting for nearly 8 minutes.  Again, with proper recon of the route and some past knowledge of racing, this section was obvious that it fit the “decision maker” mold well.   It came after 2/3’s of the race was over, it was slightly uphill so power to weight ratio was important, the gravel road made bike handling and confidence a factor, and the wind created a single file line through the section not allowing any of the weaker riders to hold onto the wheel in front of them.   For the rider in figure 1, he had to maintain 3.8 w/kg to maintain the lead group of 8 riders, which was whittled down from 30 riders that entered this decision-making section.

In our second case study, we see a similar “decision maker” in a road race ending with a hill climb albeit and in a slightly different pattern. This race was part of a 10 day stage race with this critical decision making stage coming on stage 7.  Basically, the strategy was straight forward as the stage finished on an hour and 40 minutes climb(!) and all the climbers that were contending for the win, were sitting in the peloton to wait for the climb.  Like most races ending with a climb, the ability to maintain a high watts per kilogram ratio is usually the simple recipe for success.  However, what’s often forgotten is that within the need for a high FTP, the best climbers must withstand attacks for short periods of time over their FTP’s and recover back to FTP.   In figure 2, it’s easy to see the three hard attacks that were responded to by this rider in order to stay in the group.  Each of these attacks were between two and three minutes long, with the hardest at 6.46 w/kg.    While these attacks did not last the typical 10 minutes, combined they are roughly  “the” decision making 10minutes in summation and the deciding factor of the top 6 riders in the race and the rest.   Of course, this is assuming rider has the ability to still stay with the top climbers in between the attacks and then afterward, which is no easy feat mind you!   For this athlete, maintenance of the needed high FTP was within his ability and he was “on the ropes” for just those three hard sections.  Analyzing this case study, helps to see the “decision maker” in a little different light and it also will help with training for future races.  Defining the demands of the event allows you to train to those demands, and this series of attacks on the climb is a perfect example that could easily be trained with a series of intervals.   A workout to simulate this race would be:  Ride just below your FTP for 5-10 minutes and then do a 3 minute attack with watts at 200% of FTP for the first 10 seconds and then ride at 110-115% of FTP for 3minutes.  At the end of 3 minutes, recover back to FTP for 2 minutes and repeat another attack.   Repeat this for 3 or more intervals.

For our third case study, we have the winning attack made by Antonio Garnero in the Brazilian Pro Championships in 2014. This race was over a 9km circuit and 22 laps total, so all the racers had multiple chances to assess the course and predict where the winning move might come from on the course.  Antonio made his move on the 17th lap of the race near the top of the short hill with 3 successive attacks to get away with only 2 other riders.  Once away, Antonio stayed at the front of the now 3-person breakaway for 10minutes to create the separation needed to win.   This hard 10minutes was after 3.5 hours of racing and was 5.6w/kg in effort, so without a doubt an extraordinary effort.    In order to shed his 2 other breakaway companions, he only had to attack them with 3km to go and he easily finished in a solo victory.   This example is one in which the strongest rider “created” the decision making 10minutes and had the luxury of deciding where and when those 10 minutes would be.  As a very experienced rider that was at the peak of his form, he knew that he had to create that decision making 10minutes and was confident enough to be able to do it all on his own.  If you were racing with him, you only needed to know that he was the strongest rider in the race and then “mark” him in the closing laps, and of course be able to follow him!    The lesson here is that when you are one of the strongest in the peloton, you have the luxury to be the decision maker, but that doesn’t mean it always works, and it’s still critical that you are aware of the other riders and the terrain around you to make the best attack and commit to a very hard 10 minutes of 100% effort.

Every race has a decision making 10minutes where the final selection if not the winner is decided.  Criteriums, circuit races, hill climbs and sometimes even time trials all contain this 10minute suffer fest.   Recognizing when this 10minutes might occur and then when it is occurring in a race is the mark of an experienced winner, although it doesn’t make it easier.  You are going to suffer and dig deep. Knowing that it generally will only last for 10minutes though, does make the effort more accomplishable however, similar to knowing a section of road so well, that you know you can hang on for dear life because the terrain dictates that everyone ease up just around the next bend.   Most of the decision making points in a race come when three or more characteristics are present.   One, there must be some sort of difficult terrain and/or weather feature.  Two, it will occur after at least 2/3rds of the race is over when most of the peloton is already fatigued.  Three, the strongest rider decides it is time to go.  Four, after the race has been at a high intensity for a relatively long time and shorter attacks start occurring from riders.  Training to the demands of these “decision makers” can be a definite advantage for any racer and should revolve around 8 to 10 minute intervals at your FTP and with hard efforts (110-115% of FTP) at the beginning or within the interval.

Hunter Allen is a is a USA Cycling Level 1 coach and former professional cyclist. He is the coauthor of “Triathlon Training With Power”, “Training and Racing with a Power Meter” and “Cutting-Edge Cycling,” co-developer of TrainingPeaks’ WKO software, and CEO and founder of Peaks Coaching Group. He and his coaches create custom training plans for all levels of athletes.