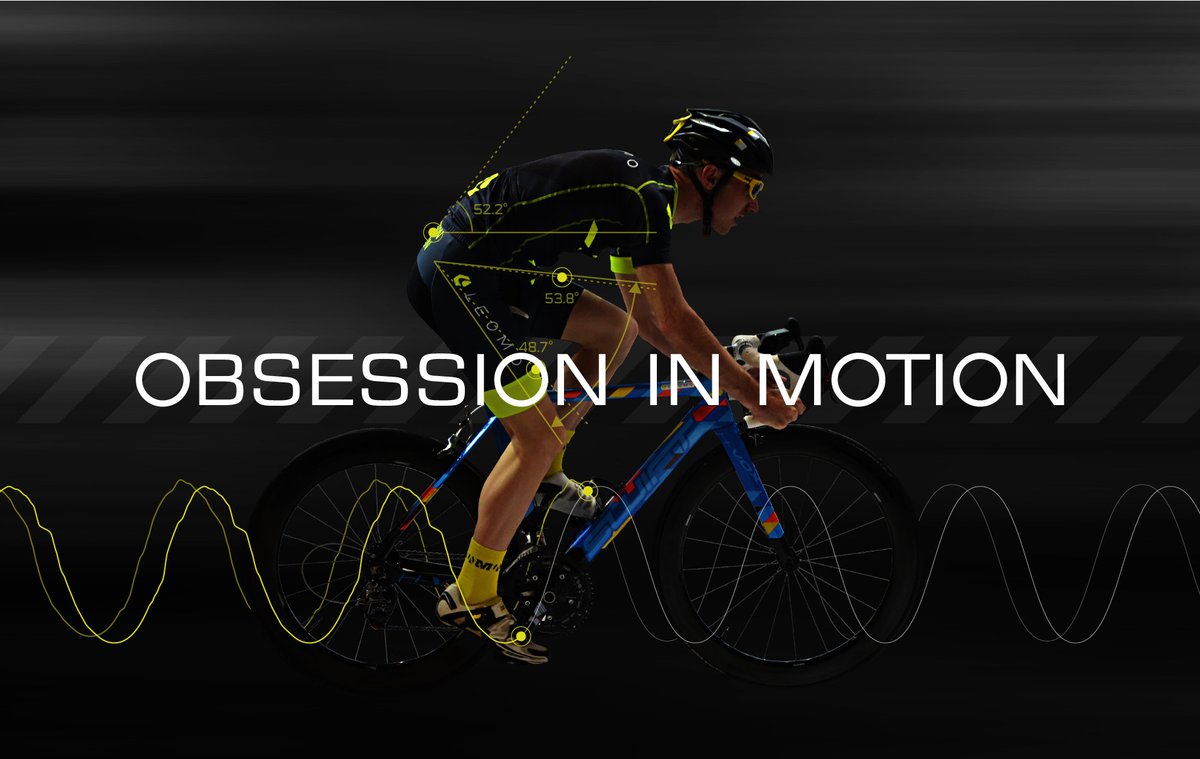 One of my clients, a very talented and two-time national champion, has been having some problems with his right leg going numb from a pinched nerve in his back. This has been something that he has had to train “around” for nearly two years now and sometimes it’s better and does not affect him, other times, it makes his right leg numb. Obviously, this means a huge reduction in power and has prevented him from winning races that he rightfully would have won had he not been experiencing this issue.

He has been using the LEOMO TYPE-R for the past six months to determine 1) what changes occur in his movement patterns when his leg begins to go numb and 2) could the position on his bike be causing this? If so, could we change his movement pattern?

Our first objective is merely to gather data to understand what “normal” movements are for him, so that we can better identify abnormal movements in the future. I asked him to create laps around all his intervals as the numbness typically occurs only when he is near his FTP or above it and then to note when the numbness begins during an interval. By recording this we can more easily identify any changes in movement using the TYPE-R.  In Figure 1, we see some ‘normal’ riding at endurance and tempo paces when he does not have any issues with his leg.

Let’s zoom into the data and take a closer look at the 60-minute tempo section (Figure 2a and 2b).  This section reveals more about his normal movement patterns, as we observe that his foot angular range (FAR) is nearly identical for both legs. It is also clear when he stands out of the saddle, as the peaks (or spikes) of data represent this movement. The dead spots on the outside of his Pedal Stroke Index (PSI) plot represent the movement when he is pulling up on the back side of the pedal when standing.  Clearly, he pulls up more with his right leg (the leg that goes numb) when standing than his left leg as there are more dead spots in the right PSI. Again, these motion performance indicators (MPI’s) establish his ‘norm’ from which we can see when ‘abnormal’ patterns occur.

Now, let’s examine two different rides where his right leg became numb from the pinched nerve in his back. In Figure 3, there are some distinctive changes in movement when his leg becomes numb. Most obvious is the foot angular range on the right side reduces dramatically, going from 52˚to 44˚.  The right leg angular range also reduces from 59˚ to 54˚. His Torso Rotation also changes in a significant way as normal pedaling is 13˚, yet when he has problems with his nerve, it nearly reduces by 50% down to 7˚. These are all significant changes and easily identifiable in the MPI’s. This numbness obviously causes a reduction in feeling which results in a reduction in movement, and ultimately results in reduced wattage output. And that is bad if you are a pro cyclist!

In the next ride, he executed a 30-minute interval and in the final 4 minutes, his right leg started to go numb. In this case, we also saw a significant reduction in FAR, LAR, Pelvic Angle, Torso Angle and Torso Rotation. What is most interesting about this ride is the changes in the Pelvic Angle and Torso Angle.  These both indicate the angle of what his pelvis and torso are in when pedaling and is a clue to how to prevent him from pinching the nerve in his back and causing the right leg to go numb. We noticed that when his Pelvic Angle is below 70˚ and his Torso Angle is below 25˚, then he would be only able to continue for 2-3 minutes before his leg started to become numb. Of course, once we learned this key piece of information from this ride, we began examining other rides when his leg went numb. The same 70˚ and 25˚ values kept coming up each time and is either a contributor to pinching of the nerve or partially the cause of the pinching of the nerve. Clearly, there is something more anatomical going on with him that needs to be addressed, but if he can maintain his position on the bike greater than these angles, his right leg doesn’t bother him. Figure 4 illustrates these areas when his Pelvic and Torso angle drop.

With the TYPE-R mounted on his bike and customizing the screens, he was able to make the display such that he could see Pelvic Angle and Torso Angle so he could maintain his posture and thereby preventing problems with his right leg! What a simple and easy solution!  Of course, this isn’t treating the ultimate cause of the issue, and he is doing physical therapy to address the underlying cause, however, using the TYPE-R allows him to ride pain free and powerful! In Figure 5, we see a hard workout from him where he maintains the correct posture and never has a single problem!

In conclusion, the TYPE-R is a critical tool for cyclists that are trying to maximize their power output in every situation.  If someone has an issue with their motion, it’s quite possible that it can be identified and changed using the TYPE-R. In this rider’s case, a simple change to maintain the correct Pelvic and Torso angle is all that was needed to prevent pinching of a nerve.

Hunter Allen is a USA Cycling Level 1 coach and former professional cyclist. He is the coauthor of Training and Racing with a Power Meter and Cutting-Edge Cycling, co-developer of TrainingPeaks’ WKO software, and CEO and founder of Peaks Coaching Group. He and his coaches create custom training plans for all levels of athletes.