Skip to content
Your First FTP Test: What to Expect
Posted on August 7, 2020 by Peaks Coaching Group 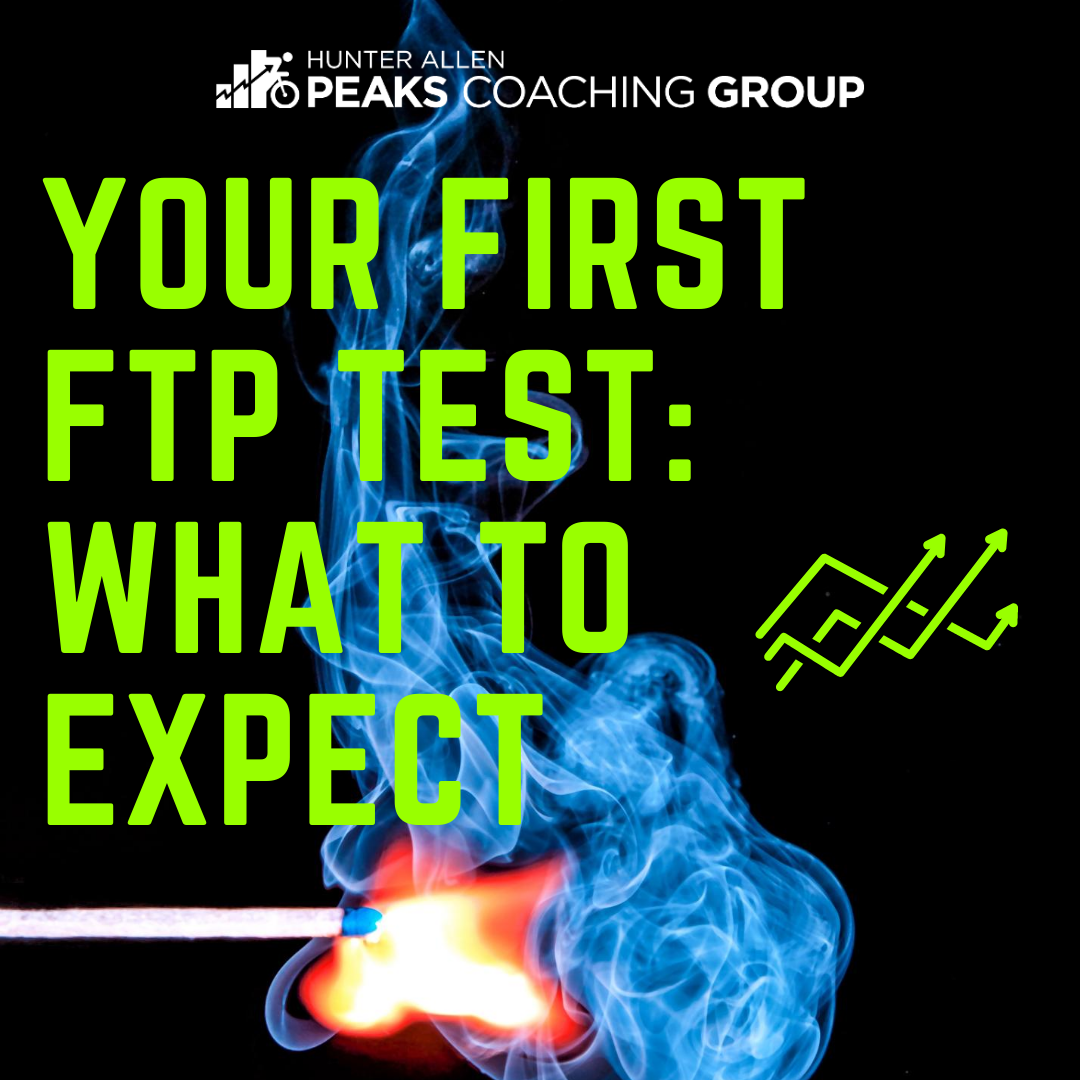 Your first FTP test is no joke, and for many of us, the test is a skill that takes time to develop.

While we do several tests to better understand each PCG athlete, let’s not forget three crucial reasons that FTP testing with a power meter took over the cycling industry:

There are numerous articles regarding How to Perform a FTP test, but not much on (a) prepping for or (b) what to expect from your first FTP test.

This is surprising since these are the two questions I always get from new clients.  In this short article, I will share many of the points discussed. At the end of this article, I will also include the FTP test protocol.

Explore Coaching from the Industry’s Best

First, Functional Threshold Power is defined as “the highest power that a rider can maintain in a quasi-steady state without fatiguing for approximately one hour. When power exceeds FTP, fatigue will occur much sooner, whereas power just below FTP can be maintained considerably longer.”

Since it is difficult to find a road that has no signals, no stop signs, no traffic, etc., a more popular test that gives an approximation of the one our test is “20 minutes less 5%” test. Now, this isn’t truly an FTP test, but can be used as a “point of triangulation” to find your true FTP. It’s very important that you do the 5 minute ALL out effort prior to the 20minute to help pre-fatigue your muscles and achieve a more accurate test. MOST PEOPLE FORGET THIS STEP.

Once your FTP is calculated, it is easy to determine your training zones as %FTP. A training plan can then be created based on the athlete’s goals and workouts can be created based on the %FTP value. Workouts can be either (a) created ‘manually’ or (b) via a more ‘automated method’ such as our customized TrainingPeaks structured workouts (Workout Builder) and/or Workout Creator in Zwift where the power required to perform effort is dynamically calculated based upon the athlete’s FTP.

BEFORE YOU TAKE THE TEST

You will need a power meter and a head unit to display your power and time.

Before you start the test–don’t forget to ZERO YOUR POWERMETER!

You have the option of taking the test either outdoors or indoors. We suggest that you take the test in the environment that you will do most of your training in. For example, if you are riding indoors now because it’s winter, then you need to test indoors. Once you go back outside and ride outdoors, then test outdoors! This is important because you can have different numbers inside vs. outside. Also test ON the bicycle you are training on, and if you are racing on a different bike then you really need to consider training on it exclusively as well. We have seen some triathletes that will train on their road bike, test on their road bike and then do their races in an extreme aerodynamic position on their tri bike and then wonder why their numbers are lower.

If possible, it would be great to have a coach with you! We have done virtual Zoom meetings with our clients during their testing days to help motivate and push them all the way to the finish line. On several occasions we have had athletes ready to give up with less than 5 minutes to go. With a coach by their side or on the screen motivating them, they completed the full 20-minutes and were very pleased with the results. We are convinced that if they would have done the test on their own, their numbers wouldn’t have been as high or worse, they would have quit prior to the end.

Again, be forewarned, this is a VERY HARD test.

With that said, it is important to note that you will likely need to take the FTP test 3 times. More specifically, once a week for 3 weeks. Why? Most “first-timers” push way too hard and blow up halfway through. The second time they usually hold-back too much ending up with energy left to spare. The third time is usually the charm.

Often, this is referred to as a “20-minute FTP Time Trial.” Don’t let that title fool you. This is NOT a SPEED test. This IS a POWER test. So, for this test, it’s OK to place your hands on the tops of the bars. It’s OK to sit up to allow your diaphragm to work easier getting air in and out of your lungs. In fact, sitting up is preferred. Remember, it’s NOT about SPEED, it’s ALL about consistently generating as much POWER as you can for the entire test, whether that be 60 minutes or 20 minutes. (That being said, it’s still important to be on the bike you race on)

SEE Table 1. FTP TEST PROTOCOL. For those that will be taking the FTP test for the first time, your effort is based on a scale from 1-10 of PERCEIVED LEVEL OF EFFORT where 1 is EASY and 10 is MAXIMUM+. For the second time, you will have FTP data that you can display and track to for this test.

After a good warm up, get yourself mentally ready, take a few deep breaths and get yourself up to speed. Click START on your GPS head unit, hit the “lap” button to record the effort and ride as hard as you can for 20 minutes. Remember to click the “lap” button at the end of the 20 minutes as well.   This means, that you will have to “HOLD BACK” for the first 2-3 minutes as you will invariably start too hard. PACE YOURSELF!!! Build up after that third minute and then begin pushing the limits.

Again, we recommend doing the FTP test 3 times (only if this is your first time ever doing the test, just until you get the hang of it) , once per week for 3 weeks.From this point on, you will create your power zones and start training as a % of FTP. But, not to worry because in 6 to 8 weeks you get to do this test all over again! The workout shown above is an actual FTP test.

Hunter Allen is the Founder and CEO of Peaks Coaching Group. He co-authored the book, “Training and Racing with a Power Meter” with Dr. Andrew Coggan and Dr. Stephen McGregor and co-developed the TrainingPeaks WKO software. Rick Schultz is a PCG Certified Coach, USAC Level 2 Cycling Coach and holds multiple certifications in bike fitting.

One thought on “Your First FTP Test: What to Expect”