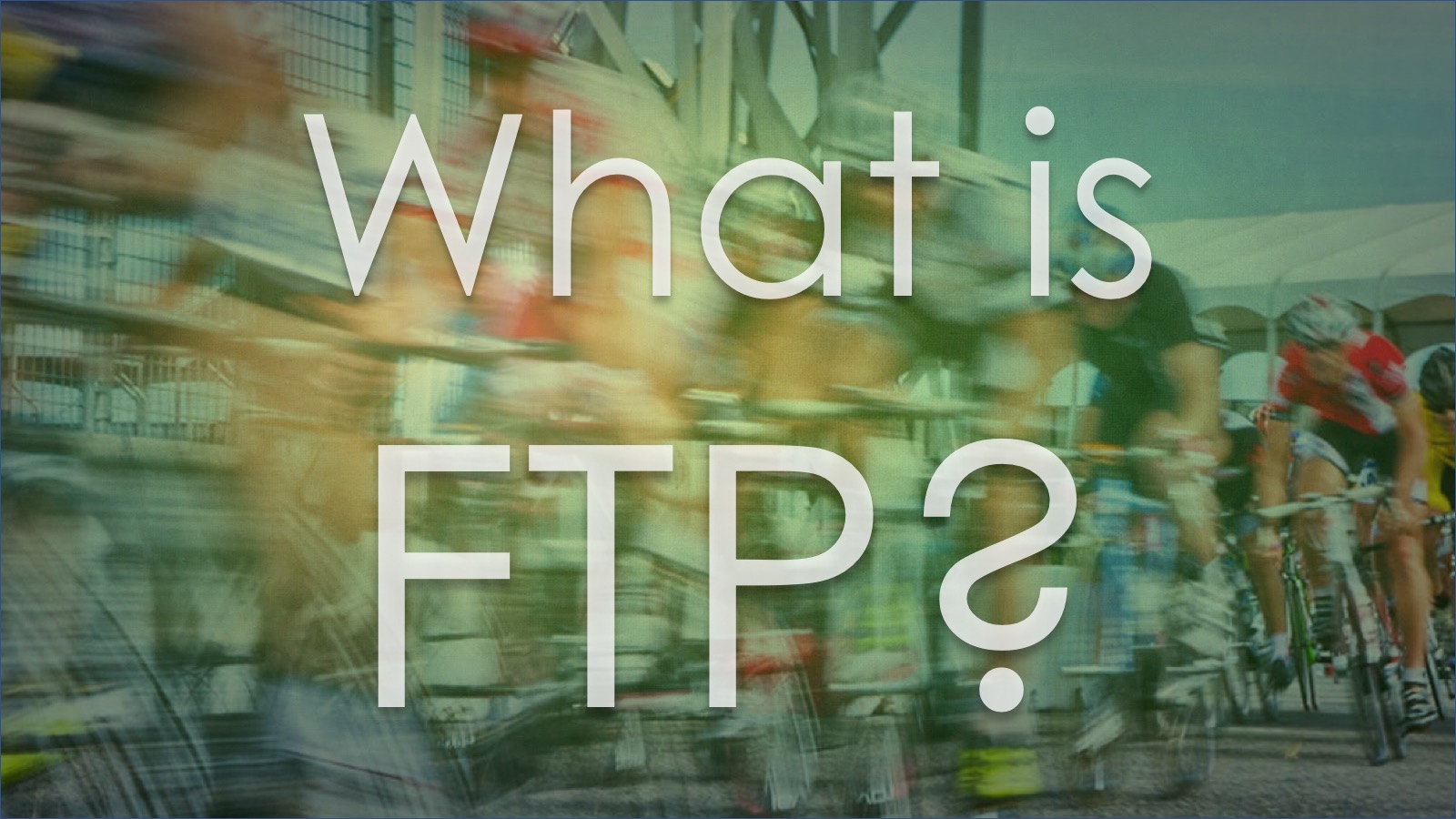 Like every other field of expertise, power cycling has collected a string of acronyms—TSS, CTL, ATL, SST, IF, and of course FTP. Improving your FTP (functional threshold power) is one of the most important things you can do for your training.

So what exactly is FTP?

Do you want the short answer or the long answer?

In simplest terms, your functional threshold power, or FTP, is the maximum power you can maintain through an hour’s effort without fatiguing.

But it’s actually much more complicated.

The word “threshold” has become synonymous with the word “confusion” for many athletes. To make it worse, there are several other terms for the same thing: anaerobic threshold (AT), lactate threshold (LT), maximal lactate steady state (MLSS), and onset of blood lactate (OBLA). I’ll use the term lactate threshold (LT) for my explanation.

Exercise physiologists have known for more than thirty years now that your LT (the level of exercise intensity at which lactate begins to accumulate in your blood) is a powerful predictor of your endurance performance ability. This is because, although your maximal oxygen uptake (VO2max) sets the upper limit to your aerobic energy production rate, it’s your LT that determines the amount of this VO2max that you can utilize for any length of time.

There are complex body factors that determine LT, but essentially your LT tells you how well your muscles are able to match their energy supply to your energy demand, which in turn determines the fuel “mix” (i.e., carbohydrates versus fat) your muscles use and how they fatigue. Consequently, functional LT (especially when expressed as power output) is the single most important physiological determinant of performance in events ranging from a 3km pursuit to a three-week stage race.

So how do you figure out your FTP? One way is to get laboratory testing done with blood samples. FTP determined this way, however, is often significantly below what athletes and coaches think of as a threshold.

A much more convenient, simple, and possibly more accurate method of determining your FTP is to use data collected by your own power meter as you ride. There are a number of different ways to do this, all of which provide very similar estimates of FTP. I think the best way to do it is to jump on your bike and go for a ride specifically designed to find your threshold, and I’ve got a good one for you below. This is without a doubt the first big step in the adventure of training with power.

Your goal in this test is to average the highest watts possible for a lengthy period of time. (Hint: When you get to the main effort, make sure to pace yourself so that you don’t tire too quickly.)

1. Start out with a 20-minute warm-up, which means just riding along at a moderate pace, at about 65% of your max heart rate (HR), which is what we call your endurance pace. (Be sure to do the same warm-up at the same intensity each time you do the test.)

2. Next do three fast-pedaling efforts at 100 rpm for one minute each, with one minute of easy recovery pedaling between each set, to further prepare your muscles for the effort ahead. After these three sets of fast pedaling, ride easy for five minutes at endurance pace (65% of max HR).

3. Ride 5 minutes all out. Punch it and hold it! Start at a high pace, but not so high that you die at the end. You should have a little energy held in reserve to kick it toward the finish line in the last minute.

The goal of this first part of the effort is twofold: first, to open up the legs for the rest of the test, and second, to measure your ability to produce watts in the VO2max power zone. This initial 5-minute effort also helps to dispense the “freshness” that always exists at the beginning of a ride; your next effort will produce power that is more likely to be truly representative of your FTP.

5. 20-minute time trial. Try to do this on a road that’s fairly flat and allows you to put out a strong, steady effort for the entire 20 minutes. Don’t start out too hard! Get up to speed and then try to hold that speed as steadily you can. If you’ve never done one of these efforts before, I suggest trying it on a steady climb or into a slight headwind, which forces you to put out a maximum effort for the entire 20 minutes.

Your goal in the main portion of the test (the 20-minute segment) is to produce the highest average watts possible over the entire time. The test doesn’t work if you start out too hard and suddenly run out of energy, because you won’t be able to produce your true maximal, steady-state power. It’s always better to start out in the first two minutes a little under what you believe to be your FTP, build up along the way, and then ride at your maximum level in the last three minutes.

The reason for subtracting 5% from your average watts during the 20-minute test is that your true FTP is the highest average power you can maintain for sixty minutes. Most athletes have a hard time putting out maximal effort for sixty minutes, however, and those who can learn very quickly that a sixty-minute time trial is not much fun. I’ve found that twenty minutes is a more realistic time frame. It’s obviously a shorter time period, however, and it incorporates more of the athlete’s anaerobic capacity, which skews the wattage data by about 5% over a sixty-minute effort. By subtracting that 5%, you end up with a wattage number that should be very close to your true FTP.